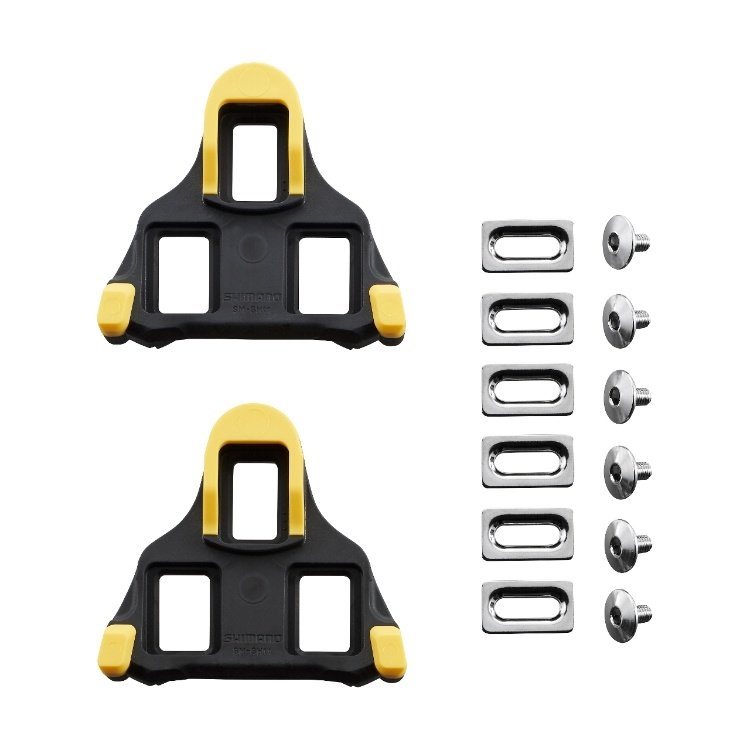 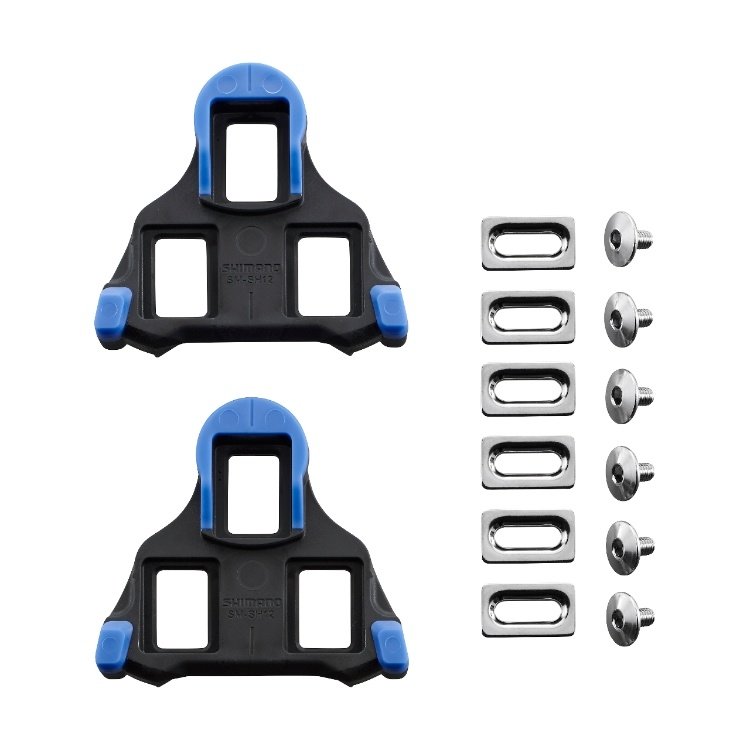 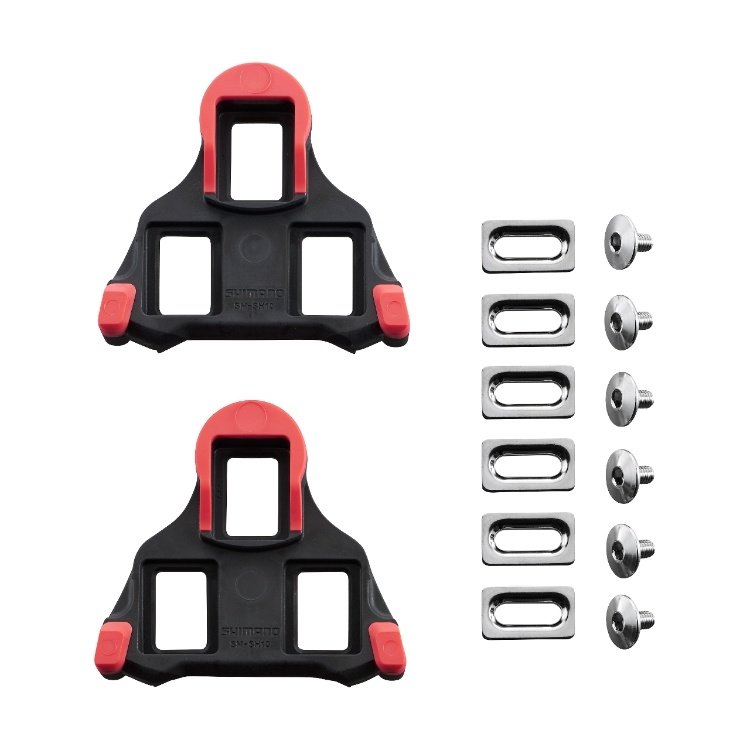 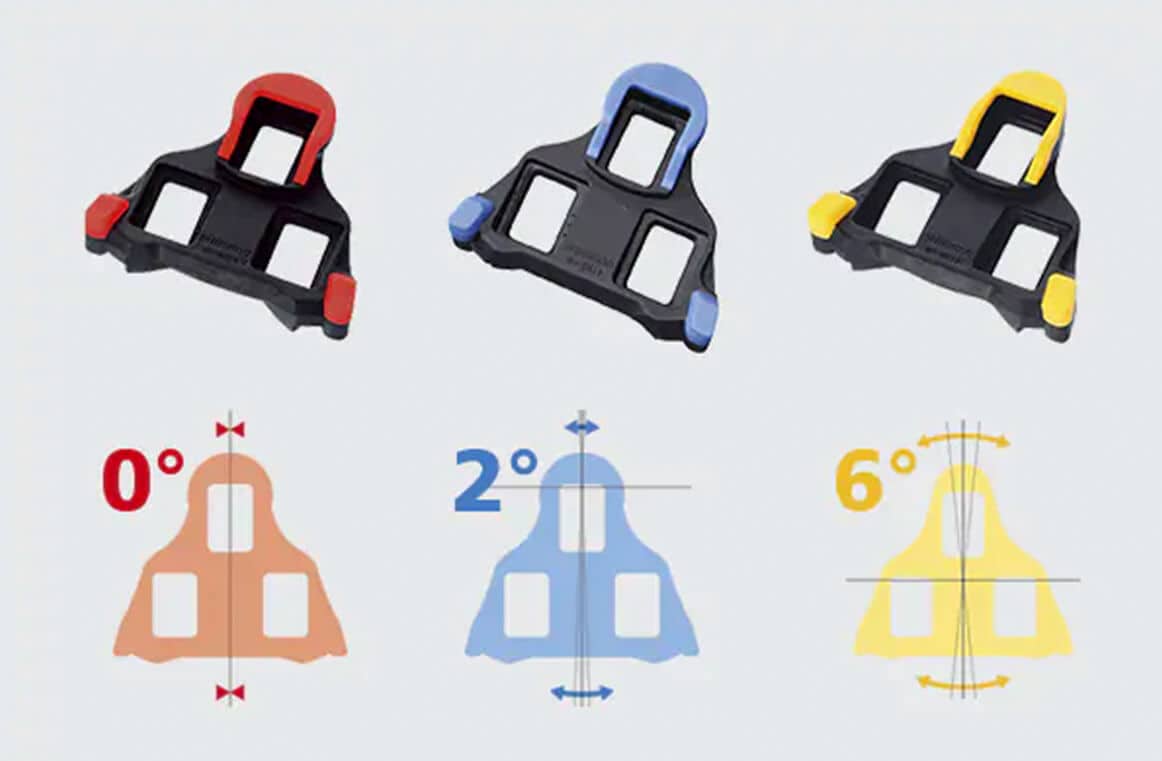 Yellow SPD-SL cleats are perhaps the most popular among casual fitness cyclists but are used by a wide range of athletes. They're characterized by a six-degree float range (three degrees in each direction), which allows for free movement and low joint stress. The float’s pivot point is in the center of the cleat, allowing the toes to point in a wide range of angles. This large float range also provides more room for error when setting up your cleats. If you're new to cycling, experience knee pain, lack flexibility, or simply don’t know where to start, Shimano’s yellow cleats are your best bet.

Red SPD-SL cleats have no float and are 100% fixed in position. This makes them great for sprinters, professional athletes, or people who value the most efficient power transfer possible and are not prone to knee pain. Note that red SPD-SL cleats require that you know your optimal cleat position precisely, and you are comfortable adjusting your cleats into that perfect position.

Blue SPD-SL cleats are Shimano’s newest cleat option and they exist as a middle-ground between yellow and red. Blue cleats have two degrees of float (one degree in each direction), allowing for a small range of movement while still delivering a high amount of pedaling efficiency. The float pivot point is at the front of the cleat, which eliminates lateral sliding movement while allowing a small amount of angle change from the pivot point back towards the heel.